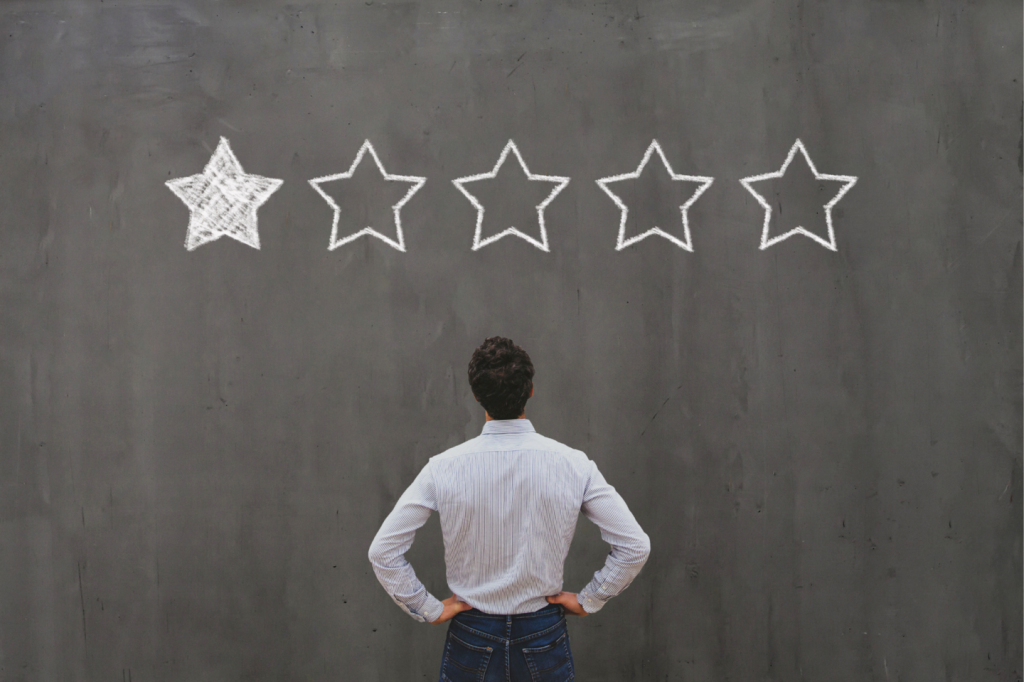 Some bad retail managers don’t know how to help their employees succeed. It would help if you had them on board with you and motivated to do their best work.

These employees don’t care about their job; they want a paycheck.

When managers come up with busy work to fill their employees’ time and not generate sales, they discourage their best while welcoming those who have no idea what is going on.

Drones exist to provide the impression that their managers are doing a good job directing their employees.

It’s easy to see why people are not getting any work done when their bosses don’t bother looking at them.

In the late ’70s, when my district manager came in and demoted me without warning, I was running a shoe store. Sales were slipping, so he took action.

When I first started working for this company, my team leader told me that the only thing we were allowed to say when customers asked anything other than about shoes was, “I don’t know.” Even if we did, this policy changed after a few months.

I realized that the only way to keep prices from being visible was by removing them. The tedious task of re-pricing thousands and thousands of boxes took weeks.

This would also lead to a lot of time wasted on pricing and inventory.

The store manager was taken aback when I tendered my resignation two days later.

One of the first signs of bad retail managers is that they have no clue what’s happening. Click To Tweet 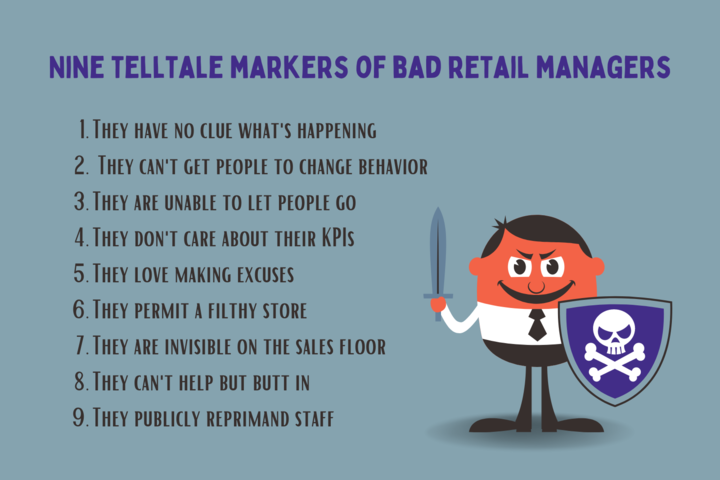 They have no clue what’s happening. As I indicated in the last tale, if your shop manager is unaware of their impact on their employees, you’re doomed.

It’s because the finest managers at all levels pay close attention to their employees and look for any symptoms of discontent. If a person, circumstance, or policy is causing employee dissatisfaction, it must be addressed promptly – mainly if they are culpable.

They can’t get people to change their behavior. If a manager is either unable or reluctant to their subordinate’s work ethic and habits, you’ll have an ineffective workforce that can’t produce anything.

Managers need to be proactive and ask many questions before implementing new policies. They should also anticipate their employees’ questions to devise an implementation plan.

When given a task like moving departments, many retailers can excel. On the other hand, these bad retail managers have no idea how to influence the behavior of employees to improve sales performance.

They are unable to let people go. Managers are not robots. They need to care about their employees, but they also have a responsibility for the team as a whole, and sometimes you need to let go of people who don’t fit.

It would be best to balance compassion with the greater good to lead a team. They have to be willing and capable of helping those ready for change.

They don’t care about their KPIs. Your KPIs are like the classic canary inside the mine site, alerting you to flaws that can be fixed. When the average quantity of goods drops, the workforce isn’t performing its job. It would help if you had someone who sees reports as a valuable tool for increasing sales.

They love making excuses. You know how sometimes in movies, you see a character make an excuse like “I’m not racist but…” and then give some racist reasoning? You know that when someone says, “I am not making an excuse – but,” they are about to give you an excuse – and they are aware of that.

A good sales store manager says, “I know there’s work to be done; here’s how to do it.”

They permit a filthy store. Many retailers have cleaning services, but the upkeep of the stores should reflect how much pride is taken in their work by the sales store manager.

When a company has bad retail managers who allow employees to ignore mistakes, they implicitly allow workers to slack off.

Managers are always on their toes to keep things shipshape whether they’re working in front of the consumer or behind the scenes. That way, workers have less of an opportunity to steal.

They are invisible on the sales floor. They either stay in their offices or are glued to their cellphones. They delegate all their roles and don’t perform any of the jobs. This is why staff believe their managers live in a lofty perch, a fantasy universe distinct from the challenges their salespeople deal with clients.

Employees detest their store managers whenever they are given dismissive directions such as “Cope with it” or “Get this one accomplished” and have no clue about staffing levels, how occupied their workers are, or when deliveries arrive unexpectedly.

They can’t help but butt in. When they are involved in all decisions made, when they jump to correct the tiniest detail of any idea you bring up – as one employee told me – it makes employees lose all motivation and want nothing more than for this person’s involvement with your work to be over.

The key to getting the best out of your team is delegating and inspecting, followed by coaching as necessary.

They publicly reprimand staff. This is worse when done in front of customers. Since they lack communication skills, they do not provide constructive criticism. As a result of their reactive approach, they fail to help employees improve.

Praise in public and correct in private is the legendary saying a team leader needs. Click To Tweet

This is why it’s all so crucial…

Employees are content if they are given something they enjoy and are overseen fairly. And when people are satisfied, they do a decent job, which always benefits their financial line.

Unlike bad retail managers, excellent managers are open to their team’s ideas and consider them. They provide opportunities for growth so that employees can learn more about the business they’re in, which leads to better sales.

Employees are more motivated when they know that their managers have taken the time to show them how much they care.

The good news is that it’s never too late to start changing your ways. You can change today, even if you’ve been this way for a while.

For a retail store to be successful, it needs managers trained in the necessary skills. Managerial training in retail must begin somewhere…

Oh, what became of the shoe shop manager I referenced? We visited the store with the proprietor of a new firm I worked for. My boss was stopped by the district manager, who told him, “Take great care of him. We’d never had a better manager than him.” 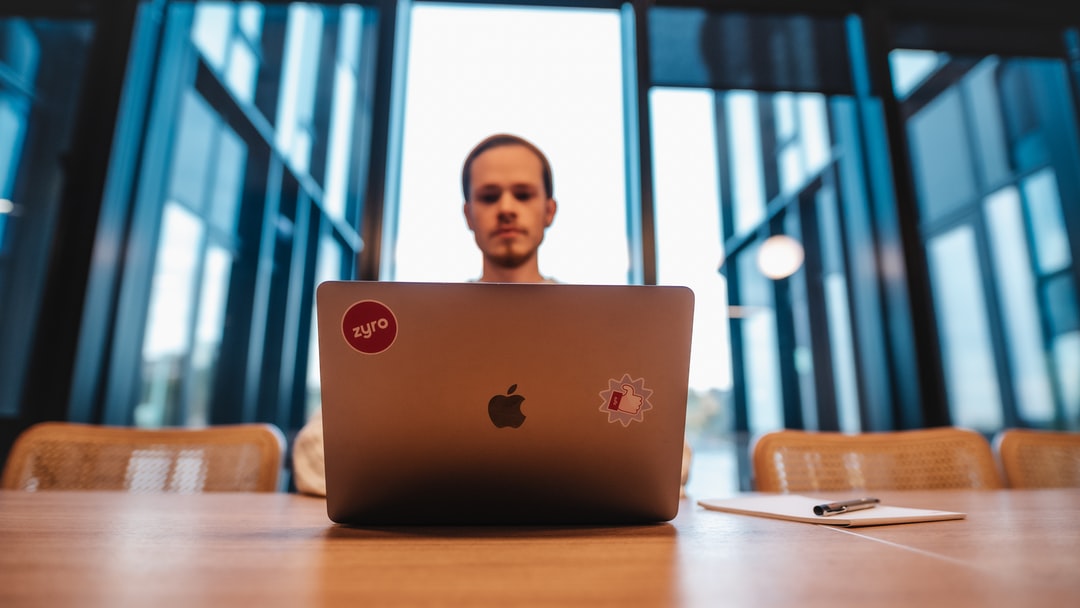 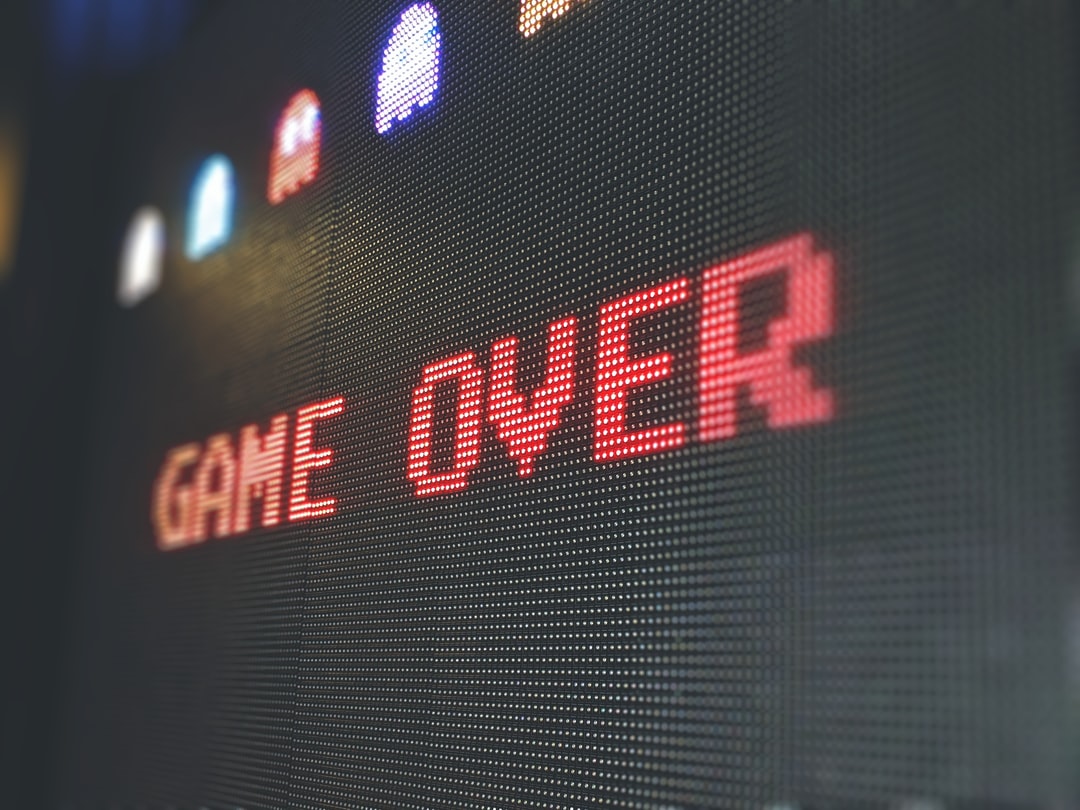 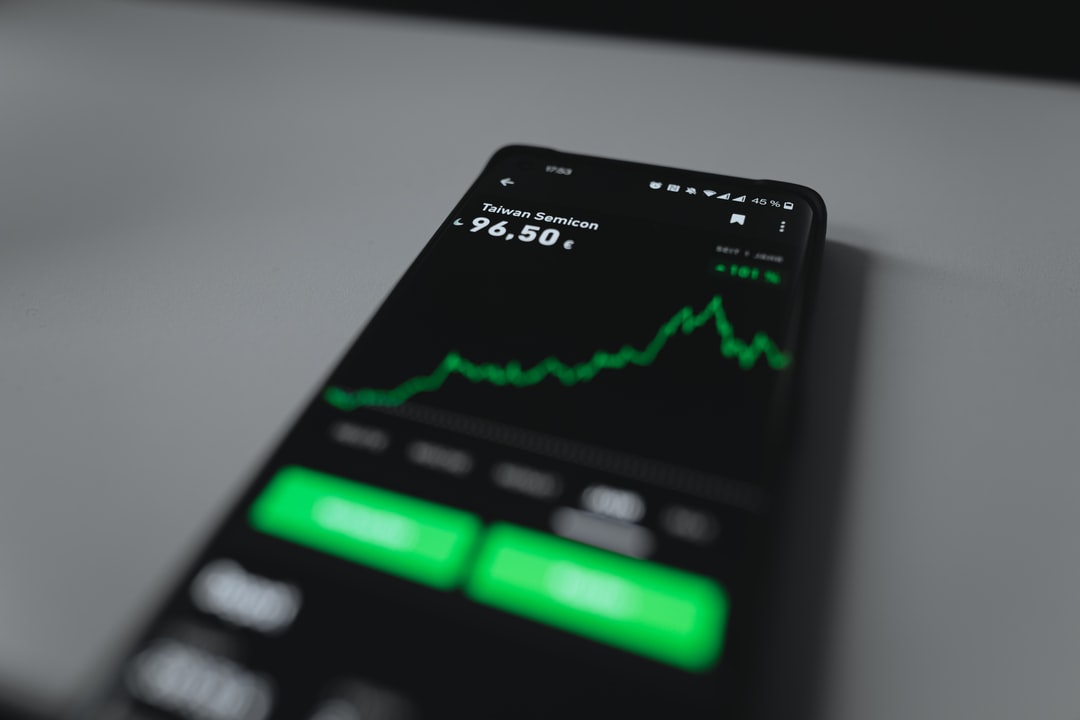